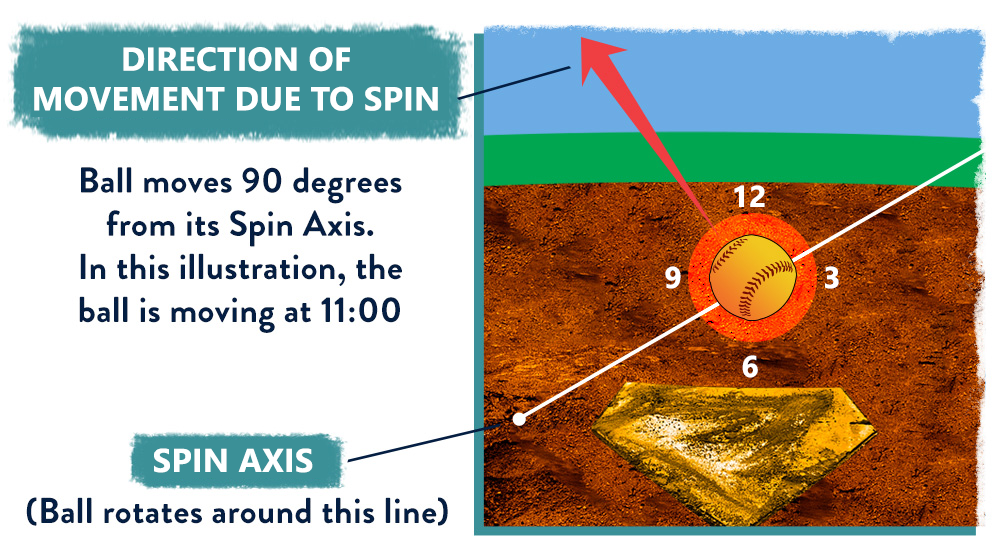 What is Direction of Movement Due to Spin?

Every pitched baseball spins in a certain direction. The direction of the spin around an axis, along with the spin rate, helps inform the movement of the ball.

In the rows below, you may find each pitcher's spin direction per pitch type, from the hitter's perspective. The length of each bar is proportionate to how often the pitch spins in that direction. Each pitcher has two charts. On the right: Observed movement is shown based on plate location and initial velocity vector. On the left: Spin-based movement is shown over the initial part of the flight towards home. (To compare multiple pitches from the same pitcher, click here.)

Deviation: Difference in Direction between Observed Movement and Spin-Based Movement. "The deviation of the spin-based and observed movement of his sinker..."

While the two charts will generally agree, slight differences between the movement of spin at pitch release and upon reaching home implies additional aerodynamic forces at work. (Read more about this here.)

Click on any player line to see an enlargement of the thumbnail.